What States have Legal Marijuana Laws?

Many people assume that marijuana was made illegal through some kind of process involving scientific, medical, and government hearings; that it was to protect the citizens from what was determined to be a dangerous drug.

The actual story shows a much different picture. Those who voted on the legal fate of this plant never had the facts, but were dependent on information supplied by those who had a specific agenda to deceive lawmakers. You’ll see below that the very first federal vote to prohibit marijuana was based entirely on a documented lie on the floor of the Senate.

You’ll also see that the history of marijuana’s criminalization is filled with:

These are the actual reasons marijuana is illegal.

Read More from: Why is Marijuana illegal?

Cannabis is a schedule 1 Controlled Substance meaning the government believes it has zero medical value.  However, the U.S. government also holds several patents: US 6630507 B1 & US 20130059018 A1 showing cannabis to be of high medical value and interest.

Cannabinoids have been found to have antioxidant properties, unrelated to NMDA receptor antagonism. This new found property makes cannabinoids useful in the treatment and prophylaxis of wide variety of oxidation associated diseases, such as ischemic, age-related, inflammatory and autoimmune diseases. The cannabinoids are found to have particular application as neuroprotectants, for example in limiting neurological damage following ischemic insults, such as stroke and trauma, or in the treatment of neurodegenerative diseases, such as Alzheimer’s disease, Parkinson’s disease and HIV dementia. Nonpsychoactive cannabinoids, such as cannabidoil, are particularly advantageous to use because they avoid toxicity that is encountered with psychoactive cannabinoids at high doses useful in the method of the present invention. A particular disclosed class of cannabinoids useful as neuroprotective antioxidants is formula (I) wherein the R group is independently selected from the group consisting of H, CH3, and COCH3.

This invention relates to the use of phytocannabinoids, either in an isolated form or in the form of a botanical drug substance (BDS) in the treatment of cancer. Preferably the cancer to be treated is cancer of the prostate, cancer of the breast or cancer of the colon.

Andrew Mellon became Hoover’s Secretary of the Treasury and Dupont’s primary investor. He appointed his future nephew-in-law, Harry J. Anslinger, to head the Federal Bureau of Narcotics and Dangerous Drugs.
Secret meetings were held by these financial tycoons. Hemp was declared dangerous and a threat to their billion dollar enterprises. For their dynasties to remain intact, hemp had to go. These men took an obscure Mexican slang word: ‘marihuana’ and pushed it into the consciousness of America.

Pot is NOT harmful to the human body or mind. Marijuana does NOT pose a threat to the general public. Marijuana is very much a danger to the oil companies, alcohol, tobacco industries and a large number of chemical corporations. Various big businesses, with plenty of dollars and influence, have suppressed the truth from the people.

The truth is if marijuana was utilized for its vast array of commercial products, it would create an industrial atomic bomb! Entrepreneurs have not been educated on the product potential of pot. The super rich have conspired to spread misinformation about an extremely versatile plant that, if used properly, would ruin their companies.
Where did the word ‘marijuana’ come from? In the mid 1930s, the M-word was created to tarnish the good image and phenomenal history of the hemp plant…as you will read. The facts cited here, with references, are generally verifiable in the Encyclopedia Britannica which was printed on hemp paper for 150 years:

The following information comes directly from the United States Department of Agriculture’s 1942 14-minute film encouraging and instructing ‘patriotic American farmers’ to grow 350,000 acres of hemp each year for the war effort:
‘…(When) Grecian temples were new, hemp was already old in the service of mankind. For thousands of years, even then, this plant had been grown for cordage and cloth in China and elsewhere in the East. For centuries prior to about 1850, all the ships that sailed the western seas were rigged with hempen rope and sails. For the sailor, no less than the hangman, hemp was indispensable…

…the Navy’s rapidly dwindling reserves. When that is gone, American hemp will go on duty again; hemp for mooring ships; hemp for tow lines; hemp for tackle and gear; hemp for countless naval uses both on ship and shore. Just as in the days when Old Ironsides sailed the seas victorious with her hempen shrouds and hempen sails. Hemp for victory!’
Certified proof from the Library of Congress; found by the research of Jack Herer, refuting claims of other government agencies that the 1942 USDA film ‘Hemp for Victory’ did not exist.
Hemp cultivation and production do not harm the environment. The USDA Bulletin #404 concluded that hemp produces 4 times as much pulp with at least 4 to 7 times less pollution. From Popular Mechanics, Feb. 1938:
‘It has a short growing season…It can be grown in any state…The long roots penetrate and break the soil to leave it in perfect condition for the next year’s crop. The dense shock of leaves, 8 to 12 feet above the ground, chokes out weeds.
…hemp, this new crop can add immeasurably to American agriculture and industry.’
In the 1930s, innovations in farm machinery would have caused an industrial revolution when applied to hemp. This single resource could have created millions of new jobs generating thousands of quality products. Hemp, if not made illegal, would have brought America out of the Great Depression.
William Randolph Hearst (Citizen Kane) and the Hearst Paper Manufacturing Division of Kimberly Clark owned vast acreage of timberlands. The Hearst Company supplied most paper products. Patty Hearst’s grandfather, a destroyer of nature for his own personal profit, stood to lose billions because of hemp.

In 1937, Dupont patented the processes to make plastics from oil and coal. Dupont’s Annual Report urged stockholders to invest in its new petrochemical division. Synthetics such as plastics, cellophane, celluloid, methanol, nylon, rayon, Dacron, etc., could now be made from oil. Natural hemp industrialization would have ruined over 80% of Dupont’s business. 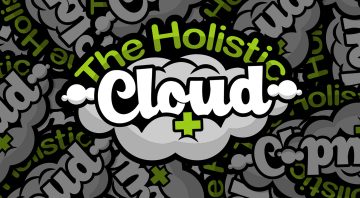 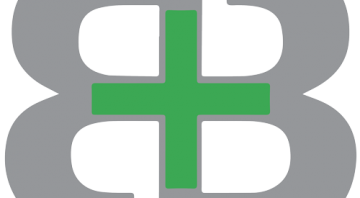 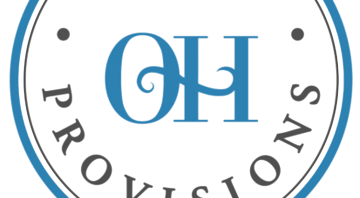 Be the first to review!
Ohio